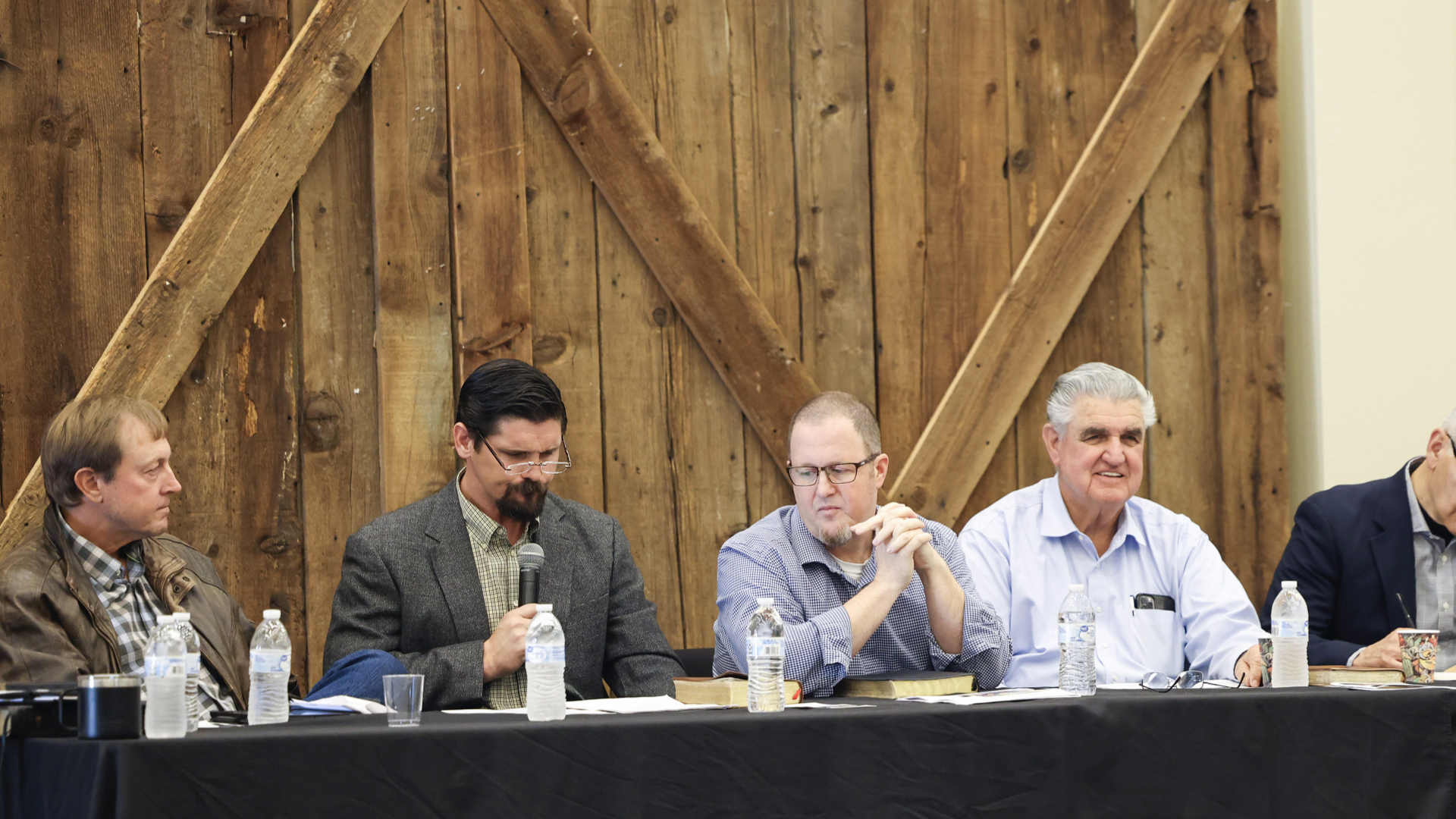 It is a great joy to affirm Ryan Colburn and Ken Harvey as two new elders at Grace Church of the Valley today!

Ryan has been a member of Grace Church of the Valley for eight years. He and Allanah have been married for 11 years. He is the father of Vance (7), Hank (5), Dean (3), Clara (1), and another child due in June! Ryan has served in several areas in the life of our church. He served for two years in prison ministry, four years in high-school ministry, and most recently has served in youth, missions, and member care. Ryan has a deep affection for our church and a desire to see our people fix their eyes on Christ and live gospel minded fulfilling the great commission.

Ken was born and raised in southern California. He grew up in the church and came to a saving knowledge of Christ as a teenager. He attended The Master’s College where he grew in his love for the local church and served on youth staff. Ken has been married to Kristin since 2003. They have three children — Zach (16), Tyler (14), and Sammie (12). In 2007, the Lord brought them to Hanford from southern California and they immediately joined the new body at GCV. He has served in many ministries at GCV and even previously served as an elder here from 2011-2015. Ken loves to teach the Word of God and his heart is to see others grow in their love for Christ and in personal holiness.

More by Grace Church of the Valley

Pause with a Pastor - Week 9

Pause With A Pastor - Week 7

Pause With A Pastor - Week 6

Pause with a Pastor - Week 5

Pause with a Pastor - Week 4

Pause With a Pastor - Week 3

Pause With A Pastor - Week 1

A Letter From Albania

Recommended Resource | How Does Sanctification Work?

Gospel Witness and the Holiday Season